Iran has been the origin of many middle-eastern arts, and this is due to the Persians’ illustrious crafting ability. Of the more renowned, Persian rugs have become common elements in many westernized homes and it is because of the abstract weaving of copious colors that leave most in awe. Questionable, though is how these rugs came to become such a notorious art-form in our now 21st century. Simply, the rugs were cultivated as a religious symbol and made for home comfort. From ancient times of 900 AD rug production was booming in the Middle East because of the vibrant designs and motifs. Produced with sheep bred precisely for their wool to be turned into rugs, the materials were lavish and brought to life with handcrafted details. 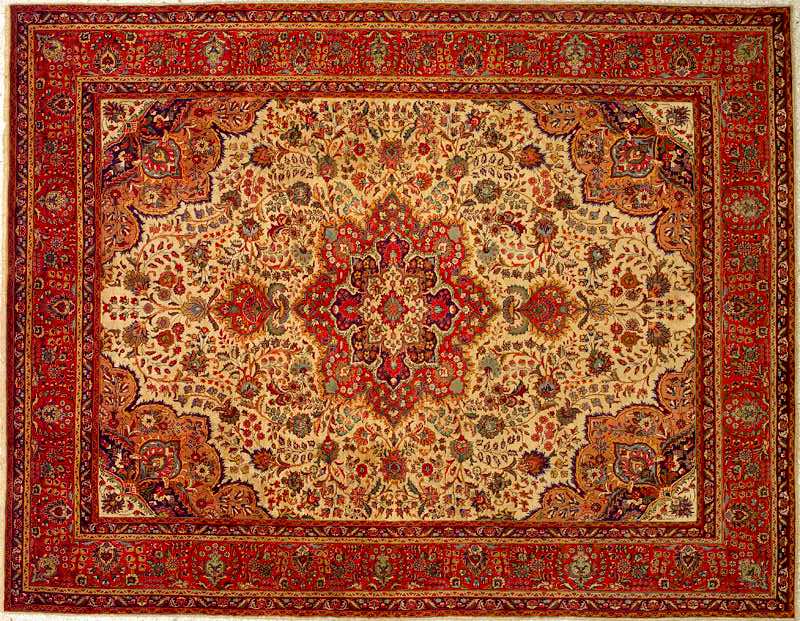 The components of Persian rugs are quite basic, and mainly revolve around wool. The sheep clothing is sheared and made into soft floor covering embroidered with designs helped by multiple dyes to color the rug. Wools come in different varieties, from Kork and Manchester wool to a rarer, yet deluxe, camel hair wool. For a more valued rug, silk is another viable option contrasting to wool. The price heightens because silk is less durable and as time goes on, the rise of worth is similar to a fine wine. The value of Oriental rugs has always been high, but that is due to the handmade quality that is prevalent. Even though some items were rare, as all resources needed for the assembly of a Persian rug were acquired, the actual process of making one would take up to a year of time.

The production of Persian rugs is painstakingly long because in the early years of Iran, the hand-woven technique was the only option because of limited technology. Also, to ensure quality and cleanliness, the rugs’ wool, or silk, was properly cleaned and bind. Purity was large within Iran and other Oriental countries because they practiced Islam, which promoted and required sanitation to perform prayers. Behind the abstract and inexpressive designs in some of the rugs made in Iran, there are also many inspired by religion and spiritual messages.

Lively dyes envelop rug designs, but at points some may see certain symbols and designs in the corners, middle or anywhere the rug weaver chooses appropriate. Strung from occasional thoughts of what these signs denote, some may find the meaning by looking at the animal and wildlife decals. A couple of examples would be the chicken or rooster, which represents protection from the evil eye. Other symbolization would be blossoms, boosting the expression of fertility, and snakes who are known to be guardians. Persians and those around Iran have art influenced by their spiritual books and stories, Persian rugs are no different than any other artistry they take part in.

From their inauguration in 900 AD – and most likely before that – Persian rugs have become one of the chief exports of Iran and is second behind oil. Blatantly popular, many unauthentic variations of an oriental rug have been created, but it’s clear of who has and who doesn’t possess a true rug of Iran. The 21st century continues to adopt other cultures’ furnishing styles to add variety in their homes, and with that, Oriental rugs has become one of the most popular in our homes and most have a deviation of one, but only few have a genuine product of Persia. Knowing that the rugs are rare and only selectively genuine, take action by finding authenticity by purchasing at David Oriental Rugs, and as you should know by now, the longer you wait, the price will heighten due to rarity.