FALL IN LOVE WITH OUR RUG COLLECTIONS

Serving the Greater Houston area since 1980

In its 41st year of business, David Oriental Rugs unveils the most extensive inventory collection to ever grace the company’s showroom, where just west of the vibrant Uptown District, designers and customers alike may peruse a selection of over 3,000 luxurious rugs in a variety of sizes, origins and styles.

As one of the largest direct importers and manufacturers of Fine Handwoven Rugs in the Greater Houston area, David Oriental Rugs offers knowledgeable service, impeccable value and a vast product selection designed to fit any client’s taste and budget. From Decorative Modern Area Rugs and Designer-Quality Oushak Rugs to circular Tabriz Rugs and Handmade Persian Hamedan Runners, the possibilities to spruce up one’s interior living space with ornamental flair are endless – not to mention easy, given that the independently owned and operated business offers same day delivery and shipping within the contiguous United States.

“Honesty and integrity is our only policy,” said owner David Shahab, who established the company in the early 1980s as a supplier for a local antique gallery and auction house. After nearly four decades of success, David decided to move his showroom to a much larger space, where he expanded not only his Rug business but also his Real Estate business. He purchased the well-known shopping center located on Fondren near the Houston Galleria, named the David Oriental Rugs Center. Since, David Oriental Rugs has become the highest-rated rug company in the city, boasting multiple Gold Star Awards and a Certificate of Excellence Award for the last 21 consecutive years from the Better Business Bureau, as well as stellar reviews from satisfied, returning customers.

Over the years, pieces from its high-end collection of Elegant Modern and Famous Oushak Rugs have been featured in some of the most luxurious magazines of Texas: Houston HADA Antique Show, Vanity Fair, Architectural Digest(AD), Houston Lifestyles and Homes, PaperCity Magazine, Luxe Interiors+Design, Ford Bend Lifestyles and Homes, Southern Accents, Houston House and Home, Houston Design Magazine and, Houston Modern Luxury & Interiors, as well as many other well known Magazines.

After many years of working solo, David ultimately decided to expand his team with the addition of his youngest nephew, Mahan Azar. He has now stepped in and taken a huge role in carrying on the responsibilities of this well-established Houston Business as they plan together to continue their success and further expand their business in the Wholesale/Retail, Import/Export, and Real Estate Industries. 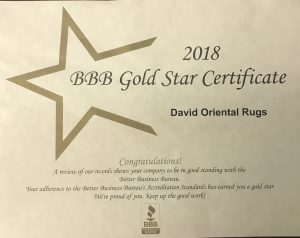 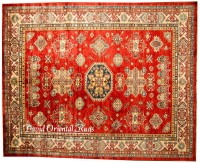 Strategies To Consider Prior To Purchasing An Antique Rug

Tips And Strategies For Placing Area Rugs Over Carpeting

our happy customers
PAULA CLAYWOODLANDS TX
Read More
"After shopping extensively for rugs and not really finding anything that I felt excited about, I went to David's Oriental Rugs and now have the perfect rugs for my home. I really can't say enough about how pleased I am with my rugs and how pleasant working with David was. He took so much time with me to find out what type of rugs I liked, then worked with me on identifying the style that would best work in my house. David's pricing was so fantastic that I ended up buying four rugs that look amazing together and compliment my house beautifully. I think I'm more excited about my rugs than my new house! I highly recommend that you go to David's before making a rug purchase."
SHAWN SHHOUSTON TX
Read More
"David Oriental Rugs has an incredible selection of fine oriental rugs. David's knowledge of each and every rug is astounding. I bought two very unique and valuable antique Persian rugs, and he helped each step of the way in choosing them. David saw photos of my home's interior design and matched the perfect rug design according to the home's color and furniture. In addition, both rugs have been cleaned and restored by his professional staff since my purchase."
NIKOL PALIOSKATY TX
Read More
"Recently we bought a high quality Persian oriental rug from David Oriental Rugs. Their Rug Collection is finely knotted in intricate patterns and various designs. I must say that the experience was very educational and the rugs are of such fine quality. This store is a MUST VISIT for Houston."
BOB ALLENHOUSTON TX
Read More
"Large selection of beautiful rugs. David patiently showed my wife and I his rugs and helped us choose two that were just right for our home. The personal service we received from David was excellent from the time we entered the store to delivery and placement in our home. He and his staff definitely went that extra mile to make sure we were satisfied."
Previous
Next